The Danish UK Association is a joint community for people and businesses seeking to connect and be inspired. We are stronger together.

Our members all have cultural and/or business ties in both Denmark and the UK. It is our purpose to provide a community that connects people and fosters personal, cultural and business relationships. We believe the role of a healthy community is to provide inspiration for everyone. Rooted in Danish values and thinking we deliver connections, knowledge and awareness.

To that end, we run social, cultural and business-focused events; offer businesses increased visibility within the community and wider network; and keep everyone connected through the sharing of news, offers and announcements.

We connect people. We celebrate Danishness. We have a good time. 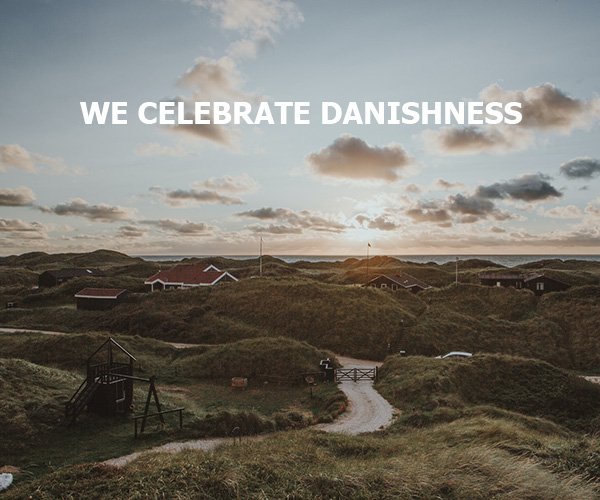 The Danish-UK Association is proud to have as our patron HM Queen Margrethe II of Denmark. Royal Patronage has been an important feature for the Danish-UK community and it is something all our members value greatly.

The Danish-UK Association was created on 22nd December 2017 through a merger of the Danish Club in London and The Danish-UK Chamber of Commerce.

The Danish Club in London was founded on 12th December 1863 and brings an impressive history as the oldest foreign club in London and the oldest Danish Club outside Denmark. The Club was granted Royal Patronage by HM Queen Margrethe II of Denmark who has visited on several occasions.

The Danish-UK Chamber of Commerce was founded on 23rd August 1989 by prominent businesspeople and the then Danish Ambassador in London, it was set up to enhance the UK/Danish marketplace through networking.

In 2017 both organisations agreed, during two Extra Ordinary General Meetings, to merge. An action conceived to strengthen the community and one that has allowed us to continue to thrive. Our official title is: ‘Foreningen Kongeriget Danmark & Det Forenede Kongerige, The Danish Club, The Danish-UK Association’, which translates as ‘The Association of the Kingdom of Denmark and the United Kingdom,’ but our members know us as the DKUK.

Why The Eve Appeal is the Preferred Charity of the Danish-UK Association.

In 1985 a young Dane, Lone Strøyberg, arrived in London, and in 1989 became the first Managing Director of The Danish UK Chamber of Commerce (DUCC). With her ability, charm, humour and her hard work ethic, she was a vital member of the team that set up the Chamber and was crucial to its success in its early years.

Lone, who was married to Peter Vagn-Jensen, was sadly diagnosed with ovarian cancer in 1996.  In that year, Peter, in collaboration with Professor Ian Jacobs, began to work to fund research and raise awareness to improve the outcome for women with this disease.  By 2002 the charity, founded originally by Professor Jacobs, had become known as the Eve Appeal.

Sadly, Lone died from the disease in 2003, but Professor Jacobs and Peter continued their work for the Eve Appeal, more passionately than ever, and the charity continues its excellent work to this day, funding research and raising awareness into the five gynaecological cancers.  We at the Danish UK Association are very proud to support this great cause.

The Eve Appeal is a fellow member of the Association.

I am very grateful and cannot thank DUCC – and especially Gunnar Larsen – enough for the help and responsiveness I have received. Without that part of my network, The Networking Book would never have been taken on by LID Publishing, would never have made it to the top of the British bestseller list and would never have been published worldwide. And without DUCC – LID Publishing and I would never have had a fantastic book launch at Fritz Hansen’s show room on 15 September. DUCC is the epitome of successful networking and belongs to the absolute elite of Britain because their network includes strong brands with active members who go for growth and want to help each other. But a network does not work automatically. It takes very strong facilitators and passionate characters to make a success – and that is where Gunnar, Jan and Maike are in a league of their own

Responsible for ensuring the Association fulfils its promise to the members, our Board of Directors come from within the membership. It is their role to offer steer and support to the Association staff. All Directors are non-exec apart from our Managing Director who leads the executive team in daily operation of the Association. Our Patron’s Circle are much-valued members who’s additional contributions elevate our events and extend the influence of the Association, benefiting all members greatly. Our Young Professionals Council, again formed from within the membership, is dedicated specifically to fostering strong links amongst those at the beginning of their working life.

Load more
We use cookies on our website to give you the most relevant experience by remembering your preferences and repeat visits. By clicking “Accept”, you consent to the use of ALL the cookies.
Read more
ACCEPT

Any cookies that may not be particularly necessary for the website to function and is used specifically to collect user personal data via analytics, ads, other embedded contents are termed as non-necessary cookies. It is mandatory to procure user consent prior to running these cookies on your website.